Two oil tankers on Thursday morning were reportedly attacked near the Strait of Hormuz, a crucial oil transport route that sits between the Persian Gulf and the Gulf of Oman, echoing a similar attack last month and stoking fears about escalating tensions in the region.

It was not immediately clear who was responsible for Thursday’s attacks, but the U.S. blamed Iran for last month’s bombing of four tankers in the same general area, without offering a clear explanation as to why. Iran denied that allegation, but it is embroiled in several conflicts in the region. It has long feuded with U.S.-allied Saudi Arabia and the United Arab Emirates—tensions only heightened by a clash over the civil war in Yemen—and Thursday’s incident fueled fears that tensions in the region are approaching a breaking point.

The vessels attacked Thursday were identified as the Marshall Islands-flagged MT Front Altair, which was lit ablaze, and the Panama-flagged Kokuka Courageous, which sustained structural damage, according to the Associated Press. Crew members from both ships had to be evacuated, according to AP, and one sailor aboard the Kokuka Courageous reportedly suffered minor injuries.

The U.S. Navy’s 5th Fleet said in a statement that it was “aware of the reported attack on shipping vessels” and dispatched the USS Bainbridge for assistance.

The alleged attack also comes amidst escalating tensions between the U.S. and Iran. Last month, National Security Adviser John Bolton accused Iran of seeking nuclear weapons, and said any attacks in the Persian Gulf would prompt a “very strong response” from the U.S. Iranian Supreme Leader Ayatollah Ali Khamenei denied that Iran is seeking nuclear weapons, but said “America could not do anything” about it if it were, according to AP.

The New York Times reports that Iran has also threatened to close the Strait of Hormuz, a move that would greatly disrupt oil transport. 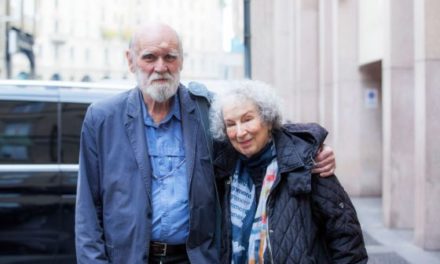 ‘Kim and His Evil Regime Are Responsible.’ Otto Warmbier’s Parents Speak Out After President Trump’s Defense of Kim Jong Un