(RIYADH, Saudi Arabia) — Prayers were held Sunday for Prince Talal bin Abdulaziz, a senior member of the royal family who supported women’s rights and once led a group of dissident princes, who died at the age of 87.

Prince Talal was an older brother to King Salman and the father of businessman Prince Alwaleed bin Talal. He is the son of the founder and first ruler of modern Saudi Arabia, the late King Abdulaziz, whose sons have ruled since his death, with the throne passing from brother to brother.

Prince Talal’s son Prince Abdulaziz bin Talal announced on Twitter that his father passed away on Saturday. The royal court also released a statement about his passing.

Prince Talal served as minister of communications in the 1950s and minister of finance in the early 1960s. In 1957, Prince Talal founded the first school for girls in Riyadh, according to the Saudi newspaper Arab News. The school was founded at a time when females had no access to formal education in the landlocked capital and schools were open to boys only.

Soon after he was appointed finance minister, he struck out and led a group of princes who called for a constitutional monarchy that distributes some of the king’s powers. The royals, who became known as the Free Princes Movement, called for a constitution to govern the kingdom, rather than rules based solely on clerical interpretation of the Quran and other religious doctrine.

Prince Talal led the group from Beirut and Cairo, which under then Egyptian President Gamal Abdel Nasser was an adversary of Riyadh. The prince’s assets were seized by Riyadh, but he was not stripped of his nationality— a punishment Gulf monarchies have employed against dissidents.

After rifts emerged between Prince Talal and Cairo, he was allowed to return to Saudi Arabia in 1964 under King Faisal, who had deposed his brother King Saud that same year.

Prince Talal served until 2011 as a member of the Allegiance Council, a body of senior princes who are meant to meet and choose the next king from among themselves. He’d reportedly left the council after questioning its efficacy when a senior prince was appointed to the line of succession without the council being fully consulted. 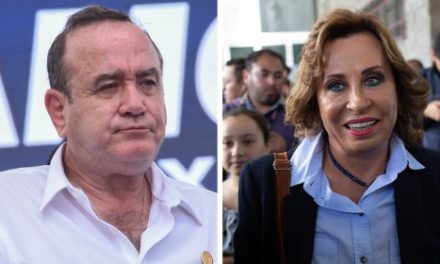 Guatemala Sends More Migrants to the U.S. Border Than Any Other Country. Will Sunday’s Elections Change That?

Police in Japan Arrest Pop Star’s Stalker After He Analyzed Her Selfies, Used Reflections in Her Eyes To Find Her Address