In his Instagram biography, atop a dizzying feed full of photos of him straddling construction cranes and scaling climbing walls, 19-year-old George King labels himself a “stuntman/urban climber.” And that’s a descriptor that certainly bore true on Monday morning, when the teenager made headlines by climbing London skyscraper The Shard — the tallest building in the United Kingdom — apparently unaided by ropes or any other safety gear.

The Shard is 1,016 feet tall, and has 96 floors that house offices, restaurants, apartments, and an observation deck which promises “breathtaking views,” per the building’s website.

King said that he first dreamed of scaling the building when he saw it on a school trip to the city. “I felt an immediate passion to climb it,” King wrote on Instagram, “the same type of passion I want to the world to feel.” He said that it took “years of training and careful preparation” before he was able to make his dream a reality.

Freesolo the shard. 45mins. A lot of misinformation about suction cups in the media at the moment. Here is a little snippet video. Enjoy 💚 I was thirteen and on a school trip when I first laid eyes on The Shard. I felt an immediate passion to climb it – the same type of passion I want to the world to feel. In the past I’ve been called a daredevil, an adrenaline junkie, a reckless teenager and much more. I’ve always found that these names come from those who are ignorant or misunderstood about what I really do and why. It takes years of training and careful preparation to be where I am today, and this practice is achievable only because I see myself as someone who has followed a respectable passion, albeit an unusual one. I believe that every single one of us has a gift. Your mission is to find that gift, make it your passion, and then make it your purpose. Since my climbing began, I’ve gone to places I never knew existed, met people I’ll never lose touch with, and experienced things I could never have foreseen. Press are welcome to use footage at no cost as long as I am directly informed before publishing/broadcasting. * #ontheroofs #rooftopkillers #chasing_rooftops #chasing_cranes #urbex #urbexuk #urbanclimbing #rooftop_crew #basejump #shard #shardview

In an interview with the Evening Standard, King said that he divided his experience into three parts. “You’ve got the pre-climb, which is about the preparation, training and perseverance,” he said. “Then the present, while you’re doing it, you get the sense of fulfillment and the flow of climbing — it’s an incredible feeling. Afterwards, you have an overwhelming sense of achievement.”

King is not the first person to climb the building. In 2013 a group of six women affiliated with the environmental group Greenpeace scaled the sky-scraper to protest the Shell oil company drilling in Russia and Alaska.

London police were called to address King’s ascent at 5:15 AM local time. Officers waited at the 95th floor and persuaded him to come inside, about 45 minutes after he began the climb. A spokesperson for Real Estate Management, the company that operates the Shard, said, “We dealt with an incident at The Shard earlier this morning involving a member of the public who climbed the building. The person was safely apprehended and detained by police.”

After police spoke to King, they chose to not arrest him.

Police were called at 05:15hrs on Monday, 8 July following reports of a ‘free-climber’ on the Shard. Emergency services attended and the man went inside the building where he was spoken to by officers. He was not arrested.

“Of course that doesn’t give people carte blanche to do what they like on London’s buildings, and although it was judged that a criminal offense didn’t take place, there may be a civil element between the owners of the building and the climber,” a police source told the Telegraph. 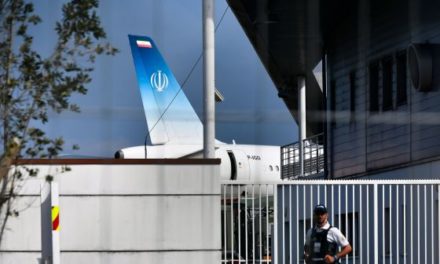